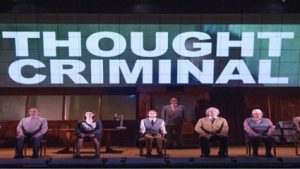 Forgot to mention that I witnessed this at the Citz last week. 2 hours straight through, folk walking out and as much gore as I’ve seen on a stage. And I’ve seen a few Macbeths. Early concerns that it was too televisual soon melted with a thrice-repeated canteen discussion. And a finish that took more than a little from The Handmaid’s Tale – it was as good an adaptation as I think I’ll ever see.

And still one of my favourite books. All novels should have glossaries shouldn’t they? 1984 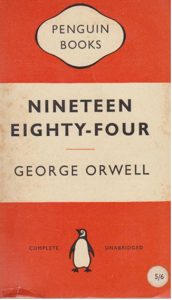 And the 1984 film version is excellent. John blooming Hurt.

Posted in Home Page, Items of note, Things I have seen with my eyes